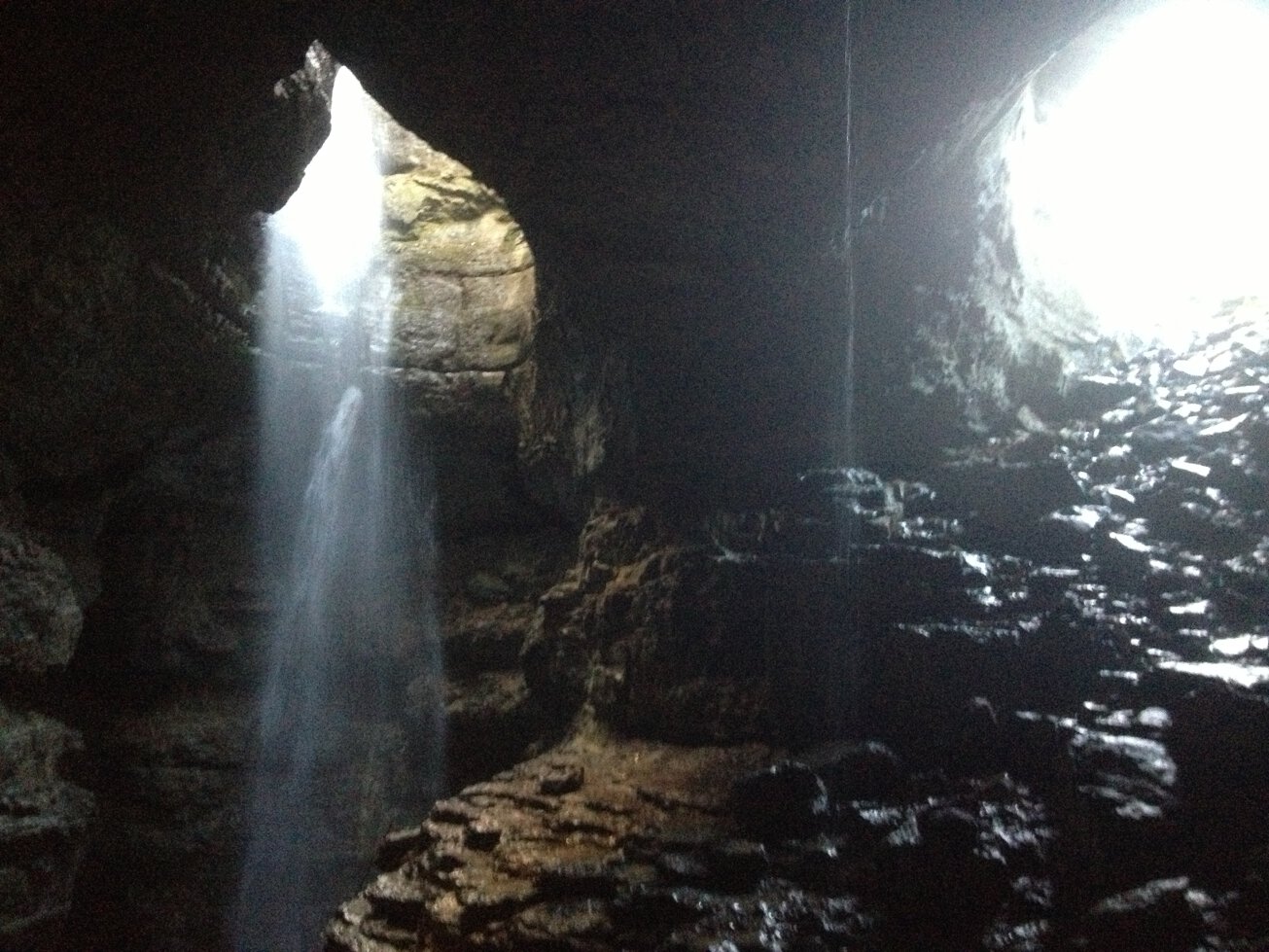 Update 6/16/2015:  Stephen's Gap is now a part of the Southeastern Cave Conservancy (SCCi).  To access the porperty vist the SSCi Stephen Gap Callahan Cave Preserve page and check out their Visitor Use Plan.  We will be planning a trip back out to the cave once the snakes go back into hiberation so check back later for a full update.

After a week of especially heavy rain, I always love going hiking so I can explore and see waterfalls, streams, creeks, and rivers at their peak and in all of their majestic beauty. There is just something about the sound of rushing water, the beauty of the white caps, and the raw power of these rain-gorged water elements that brings out my inner child. Growing up near the Mississippi River, I fondly remember going falls in my hometown as a child and being mesmerized by the constant churning of the water. So when the rains come, it’s great to be in northern Alabama to enjoy the plethora of areas which feature all of the water elements that I love. Stephen’s Gap is no exception.

Located right outside of Woodville, Alabama, just off a quiet county road, you can find a gem of a cave called Stephen’s Gap. Click here for the Google map location. Being invited by a good friend to go on hike is no surprise for me, but having never heard of the destination previously is. After some Google Image searching it became even more unfathomable that the local outdoorsman I claim to be had no idea that this gorgeous local treat even existed. It felt like being a part of an exclusive club with a secret handshake and the only way to get to the trail was through secret door behind a bookshelf. Or maybe it was more like stepping into wardrobe and coming out in Narnia?

It can be said that you have to know where you are going to get there. Even in this day and age, with GPS units and the Google Maps iPhone App, you can easily miss the trailhead at Stephen’s Gap if you happen to be the first person there. The problem is there is no parking lot, nor is there really even a trailhead. You’ll have to park on the shoulder of the road and hope for the best as you head through the iron gate, bear left through the muddy roadway, and then take your first right on the closest thing to resembling a trail. You know you’re on the right path if you see random piles of trash and deteriorating piles of shingles. I couldn’t make this up if I tried.

I use the word "trail" very loosely; if you are going for the first time I highly recommend bringing someone who has been there before or there is a good chance you will get lost. There are no markings indicating where to go and the trail is not for novices. It’s very rocky, with wash outs and a small bit of climbing is involved just to get to the cave. About half-way to the Stephen’s Gap, on your left, you will see a small tree spray-painted red (the only trail marking of any kind) indicating a gorge just off to your left that is roughly 50 feet deep and which would be great for repelling into.

As you near the main attraction, you start to hear the sound of the waterfalls. At that point you are 5 short minutes away. The main waterfall starts about 60 feet above and you can easily hike to it. The water is cold, crystal clear, and quite drinkable.

The cave itself has two entrances – one for your average hiker and one for avid experienced rock climbing and spelunking enthusiast. A quick Google Image search will show you few pictures of people tying off on one of the many trees above and lowering themselves in. We, of course, took the conventional road more traveled and entered down over the gentle rock slide. I would highly recommend bringing a headlamp, a flashlight, and a dry set of clothes to change into afterwards.

Once inside there is a lot to explore. The most prominent attraction is, of course, the Facebook-profile-picture-worthy platform that boasts an amazing view from beneath the main falls. It’s tricky to get to, and not for the faint of heart since all of the ledges you need to hold on to are very wet and slippery. In fact, the entire cave is slippery, and one wrong misstep could lead to disaster. I was told that many people have fallen and been seriously injured, or in some cases have died.

While exploring, you will find four waterfalls: two that come from the main entrance, one that comes from the ceiling and one located at the back of the cave. This final waterfall allows you to crawl above and explore behind it. Be warned there are bats and spiders; furthermore, people have gotten trapped back there while exploring as a result of sudden rainfall.

The total hike time to the falls is only about 30 minutes, which puts the hike-time-to-awesome ratio off the charts. Overall, I would recommend this hike for any experienced outdoors person who is not afraid to get wet and is looking for an awesome Facebook profile picture.