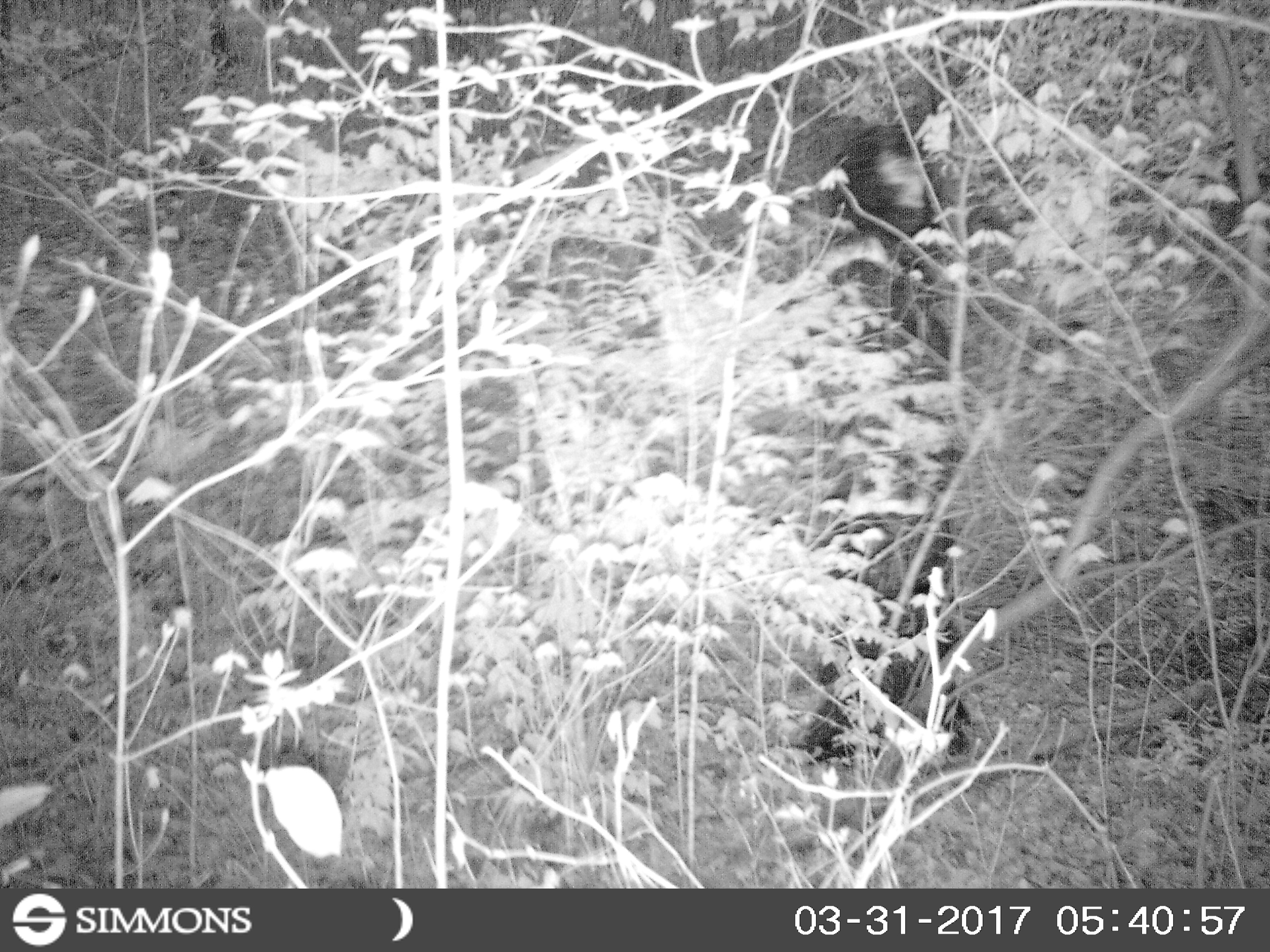 Huntsville Outdoors is no conspiracy website. Our mission is to catalogue outdoor adventures unique to the north Alabama area. But we can't help but report on some concerning developments in the ongoing controversy in Oak Park, the neighborhood just north of Five Points, where the Land Trust recently opened a new trail. Shortly after the trail opened last year, reports started coming in that there was something strange going on along the 1.26 miles leading up to Buzzard's Roost. A combination of unusual occurrences led some to question whether Bigfoot has made it to north Alabama.

We first heard of it second-hand from a hiker who lives in the area. We've also heard reports of unusual feces on the trail appearing somewhat like bear scat, but without the characteristic berries. There was talk of involving the Alabama Department of Conservation and Natural Resources. The State Department of Conservation tracks bear activity, and has seen an uptick in sightings across Alabama. To our knowledge, these reports of a sasquatch in our cozy corner of the State were either never made or never acted upon. Then, a few months ago, reports blew up on local Nextdoor pages that there may actually be an "Oak Park Yeti." Area residents who have catalogued the series of unusual observations obviously want answers.

Huntsville Outdoors had not been inclined to help find those answers until recently, when we encountered a local resident with a specific story.

This area resident, who wished to remain anonymous given the stigma associated with these sightings, told us that he's twice seen unusual figures in the night from his kitchen window.  One night in particular a few weeks before publication of this article, he thought he saw a figure in his back yard carrying a large, 24-pack case of Natural Light canned beer.  It was dark out and he did not have his rear flood lights on, but assuming that a friend had stopped by to watch a basketball game, the resident swung open his rear screen door and alighted onto his covered back patio to welcome the friend. What happened next terrified him.  Out of the corner of his eye, he saw what at first looked like a person half jump, half climb over his 4 foot backyard fence, dropping the 24-pack of beer on the ground behind him.  As the resident walked closer, now very concerned for his safety, he saw the fleeting image of a furry creature running -- upright -- into the night, toward the Oak Park Trailhead.

The resident told us that as soon as the creature ran out of sight, he walked over to look at the case of beer.  As soon as he got close to it, he realized it wasn't a new case of beer but in fact contained just crushed cans with a few drops of beer a piece.  After reflecting for a moment, he realized it was actually his own beer, which he had put out for trash pick up afternoon prior.  Upon walking over to the trash can, he found that someone -- or something -- had been pillaging through the trash, gathering loose food items, and apparently beer as well.  The resident concluded that he had scared the beast off.

Even after the Nextdoor post, the hiker report, and this eyewitness sighting, Huntsville Outdoors was still skeptical that there was an actual Oak Park Yeti. But a few days ago, spurred by major news channels broadcasting reports of Bigfoot causing a car wreck in Idaho, we decided it was time to get to the bottom of the controversy.  We approached an area resident with the idea to place a game cam along the trail and elsewhere in the neighborhood.  Last night, we harvested our first batch of images.  And oh man.  SOMETHING is definitely going on in Oak Park.

The photographs posted below look pretty conclusive to us.  Whether it's a true Bigfoot living at the base of the Mountain we can't say just yet, but there is definitely an animal in Oak Park that (1) poops on the trail; (2) rummages through garbage; and (3) apparently has a taste for cheap beer. Right now, we are looking to hear from additional residents who might help us confirm this story.  We are reticent on matters such as this, but given the information and evidence we've collected, it seems like going public is the right thing to do.  So let us know what you know.  Help us draw some conclusions.  And in the meantime, be careful out there, Oak Park.  You are not alone.