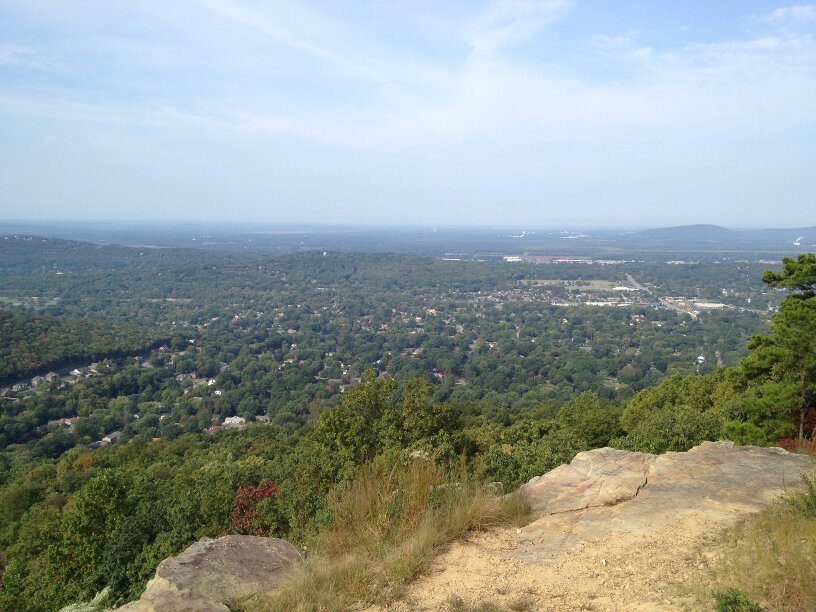 For the longest time, I thought the gravel parking lot on Cecil Ashburn between Huntsville Mountain and Green Mountain was just a scenic lookout or a terribly obvious makeout spot. That is until I realized it was the trailhead to the Bill and Marion Certain Trail which is part of the 971-acre Blevins Gap Nature Preserve and leads to an amazing view atop Green Mountain.

For a little history, I contacted the Land Trust and found out that Blevins Gap is named after the Blevins family who settled in the area in 1809. The trail is obviously named after Bill and Marion Certain who provided much of the land to create the Preserve.

I knew literally nothing about this trail but had heard positive remarks from friends so on a beautiful Friday morning last September, I decided to load my 18 month old daughter into my hiking carrier and try it out.

I pulled into the gravel parking lot just as the only other people, a young couple, were gearing up. We all entered the trail at the same time and they went right so naturally I went left. We ended up passing each other about 15 minutes in so I assumed the trail just made a short loop which I thought was disappointing. 45 MINUTES LATER, iPhone Maps told me I was nowhere near the parking lot and in fact moving farther away. Looking at the trail map I must have taken a right onto Sugar Tree Trail (sounds like a trail I would choose) and then a left onto Varnedoe Trail. I was determined to find out where the trail went so I continued on even though my back was killing me from carrying my 25lb toddler not to mention an extra 10lbs from the pack and snacks/toys.

I was relieved excited when I finally started to see a view emerging through the trees and eventually ended up in a large power line clearing overlooking Bailey Cove on the south side of the mountain. Following the power lines north you can reconnect with the Certain Trail and also gain a view of Hampton Cove.

Varnedoe Trail took me all the way to the power line clearing and I ended up taking the Certain Trail back to the parking lot. It took me about 45 minutes each way. Plus I spent at least 20 minutes enjoying the view and a snack. So a total round trip of almost two hours.

Across the clearing I could see that the trail continued on. According to the trail map, it went for another half mile so add an additional 30 minutes if you want to hike to the end of the Preserve and back. Let me also add that my daughter had a great time but apparently sitting in a backpack for two hours is exhausting work: 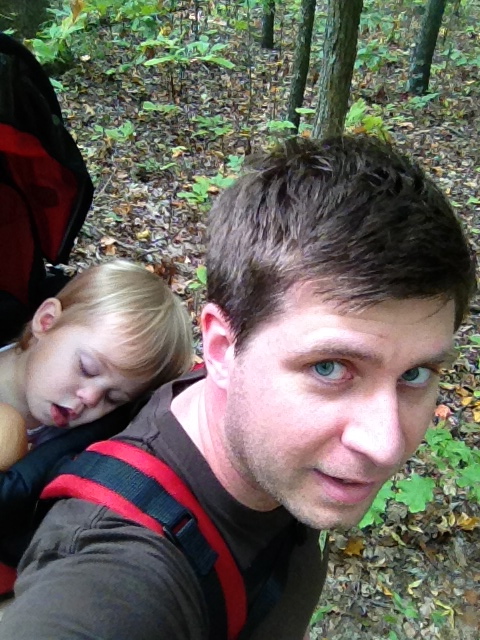