From the center of Monte Sano State Park the North and South Plateau Loops act as the main arteries from which all other trails in the park flow.

Both loops share the same trail head at the hikers parking lot on Nolen Avenue inside of Monte Sano State Park.  Like their names would suggest both trails are loops so by definition their origin and terminations are one in the same.

Of the two loops South Plateau is the more frequented trail featuring a double track path almost exclusively and aside from a short section in its North West quadrant it is almost pool table flat.  Along the way it intersects with the North Plateau Loop, Fire Tower, Bog, McKay Hollow, Bucca Family, Warpath Ridge, and Mountain Mist Trails which is more than any other trail in the entire park.  Periodically you will see some short paths, rest shelters and benches near the edge of the plateau that offer nice views.

Note: So you don't get lost random trees along the trail have a swath of white painted on them.

Shorter but more difficult, because of its single track sections, the North Plateau loop features two of the best view in the entire park.  The most popular of the two is located where the trail intersects with Bankhead Parkway near the Civilian Conservation Core (CCC) museum which we have featured before. 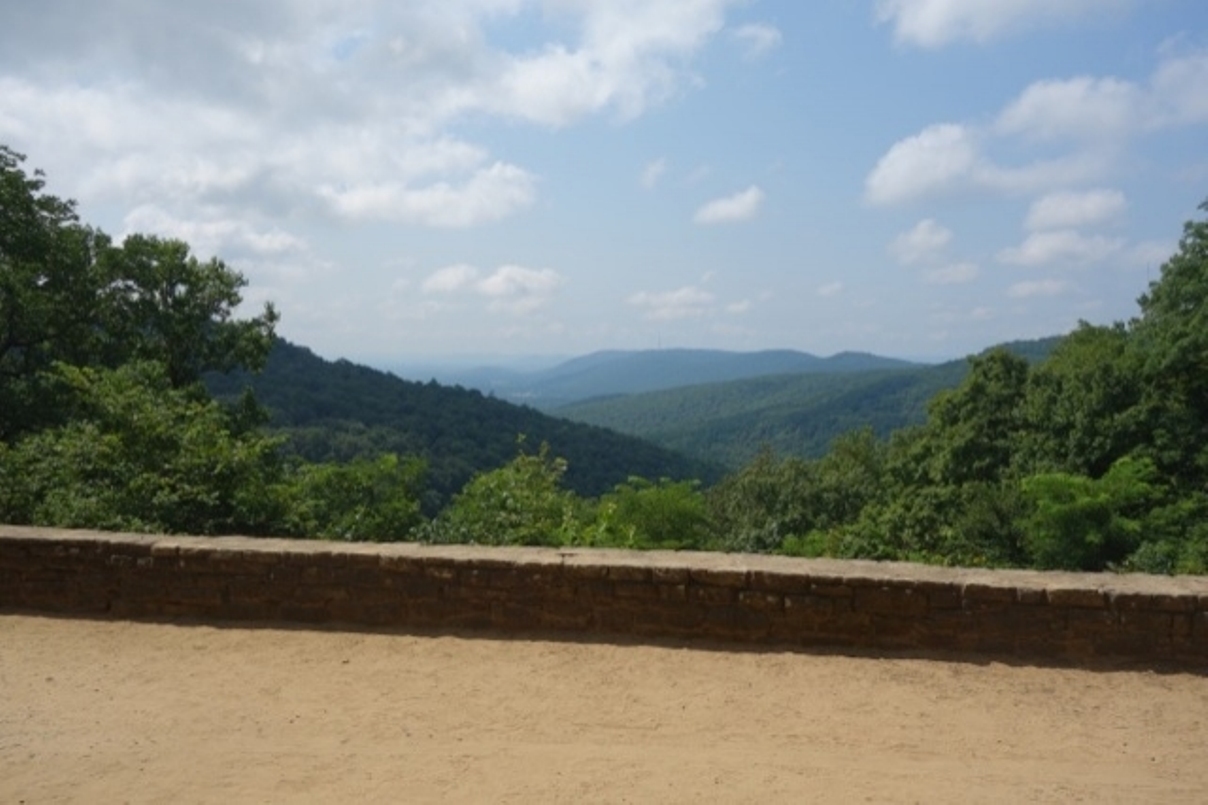 The other view is located back behind the open air shelter near the trails intersection with the McKay Hollow trail.

Like its southern brethren the north plateau loops intersects with multiple trails: The Sinks, Cold Water, Fire Tower (twice), McKay Hollow Trails and of course the South Plateau Loop.  Additionally there is a short branch that takes you to the Von Braun Planetarium.

Note: So you don't get lost random trees are have blue swath painted on them.