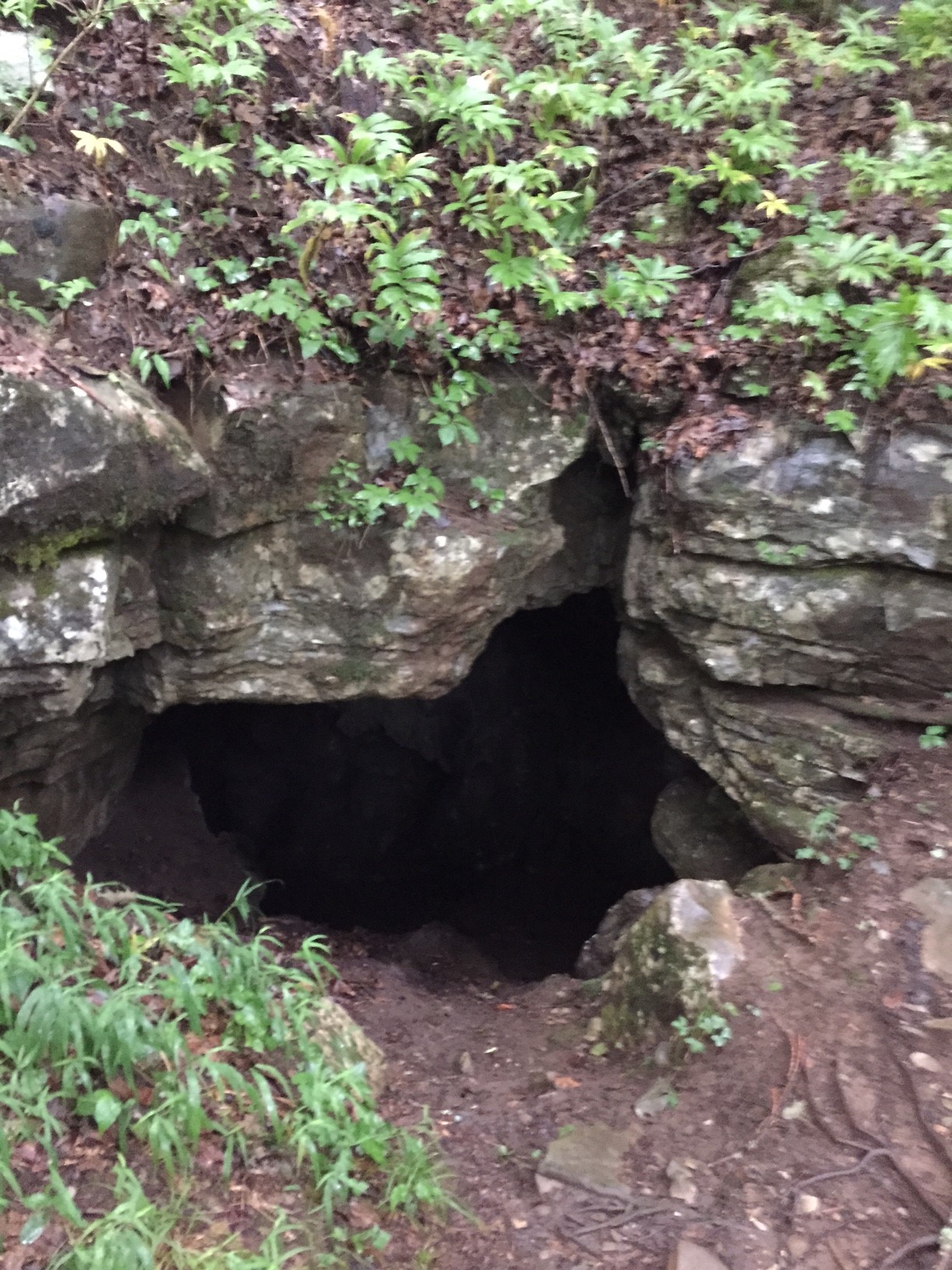 On Monte Sano Mountain most everyone knows about Natural Well, a 185 foot deep vertical shaft cave, but that isn't the only cave on the mountain.

I went for a trail run on Monte Sano recently and parked near the cement barriers at the bottom of the closed section of Bankhead Parkway.  Just past the State Park honor box I noticed well worn trail to my left that paralleled Cold Spring Creek.  I have spent more time than a person should looking at trail maps in recent months and I knew that no trail should be here.  I just figured this was an unnamed Flat Rock connector and made a mental note to explore it at a later date.

Cold Spring Cave Trail (Yes I just named the trail), is only 1/10 of mile but quickly descends over 100 feet in that short span.  Near the end of the trail there is small rock ledge I had to climb down after which the trail makes a hard left leading back toward the creek.  It had been a particularly rainy weekend so the creek was roaring and for just a moment I caught myself staring at rushing water and almost didn't notice that to my left was the entrance to Cold Spring Cave.

It has been established by this website and many other publications that Huntsville and Northern Alabama is filled with caves.  If you have lived here for any significant amount of time you also know that before our fair city was known as the Rocket City it was known as Cave City.  You may also know that this is such a hot bed for caving that the National Speleological Society is based out of Huntsville.

There is a publication from the Geological SA written in 1968 by Bill Varnedo called the Caves of Madison County that is plethora of knowledge despite the fact that it is almost 50 years old.  From this document I was able to gleam that there are at least 23 caves in and around Monte Sano.

I am well aware of the dangers of entering a cave without the proper gear to training.  I also understand that many of these cave contain endangered species of bats whose populations have been decimated by White Nose Syndrome.  For those reason I did not enter the cave and have no plans to do so anytime unless I am accompanied by a seasoned caver.  If you are a lover of the outdoors and conservationist I suggest you do the same.

So until that happens the best I can do is this gallery of excerpts from the Caves of Madison County.