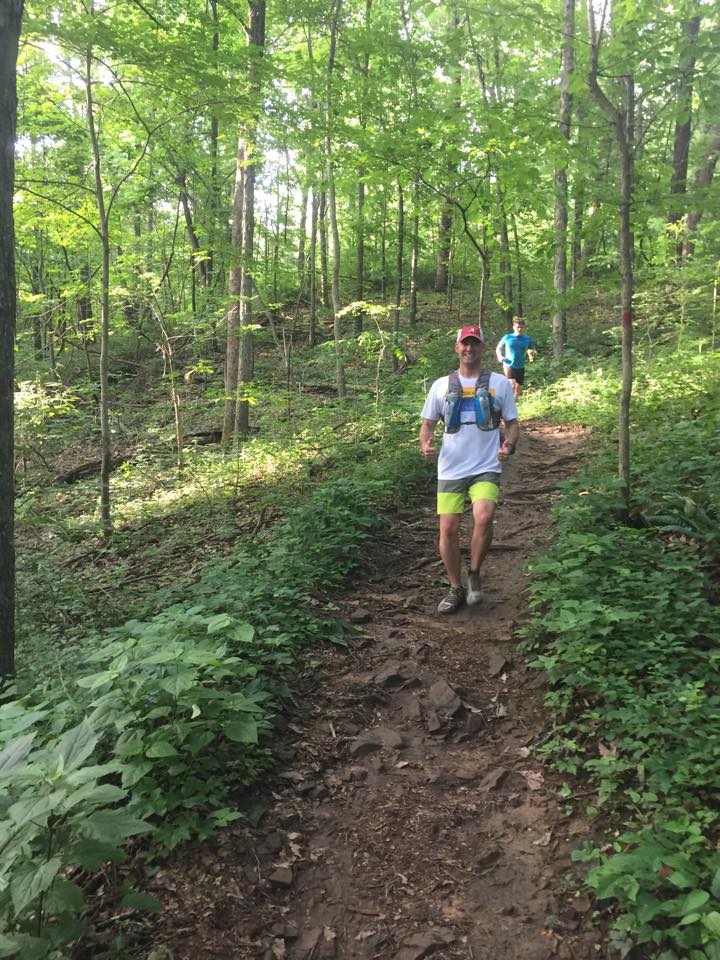 Every time someone mentions the Sinks Trail the first thing that pops into my head is a song by Fountains of Wayne, and no it's not "Stacey's Mom". Rather the song I am referring to is their classic tune "Sink to the Bottom" from their excellent self tittle album.   So the next time you find yourself up on Monte Sano be sure to bring your Sony Discman and someone to sink to the bottom with.

Maps show the trail starting from the South Plateau Loop but that route isn't marked very well and can lead you down a closed section of the trail.   So I would suggest using the parking lot off of Bankhead Parkway which is just east of the gravel hikers parking lot.

What are the Sinks?

The Sinks refers a set of three geological depressions in Mills Hollow.

With 300 feet of elevation gain and loss the Sinks Trail is one of the most challenging trails in the entire Monte Sano State Park.  Starting at close to 1,600 feet of elevation the trail quickly SINKS into a valley crossing Mountain Mist at 1/4 of a mile then reaching the area known as Three Benches at a 1/2 mile.  Three Benches is simply an area on the trail where there are three benches and the where the Goat trail starts.  About a 10th of a mile later there is confusing intersection where the pressure treated 4 x 4 with trails markers nailed to it does not properly convey the message of which way to go.  I would like to suggest the park add a marker a few feet into each trail to prevent folks from going the wrong way.  Until they take my suggestion be sure to bear left.

The trail eventually bottoms out at 1,300 feet having SUNK over 300 rocky and root filled technical feet.  Just at the bottom there is an interesting rock wall in one of the three sinks that during times of heavy rain acts like a funnel for all of the storm water.  If you aren't in a hurry it is worth the time do a little exploring here.  If you aren't into exploring you still may want to take a rest and eat an energy bar because you are going to need it.

One of those aforementioned watersheds that feeds the funnel runs parallel and sometimes on top of the trail form the bottom of the trail to the intersection with Logan Point Trail at 1.25 miles. This section also has a lot of flat slippery when wet rocks so precede with caution.  Of course where there isn't rocks there is mud but what fun is a trail run where you don't get a bit muddy.

From here the trail starts to turn south as the grade of the trail increases gradually as it get closer the Mountain Mist trail. Remember that rest I suggested you take earlier, here is where it comes in handy. Rising up almost 200 feet in less than a 1/4 of a mile this last section of trail is one of the most difficult climbs on Monte Sano.  Kudos to those beast trail runners who can make it up the whole thing with out walking.  If you have to walk it though there is a nice lookout near the top that during the fall and winter offers a view.