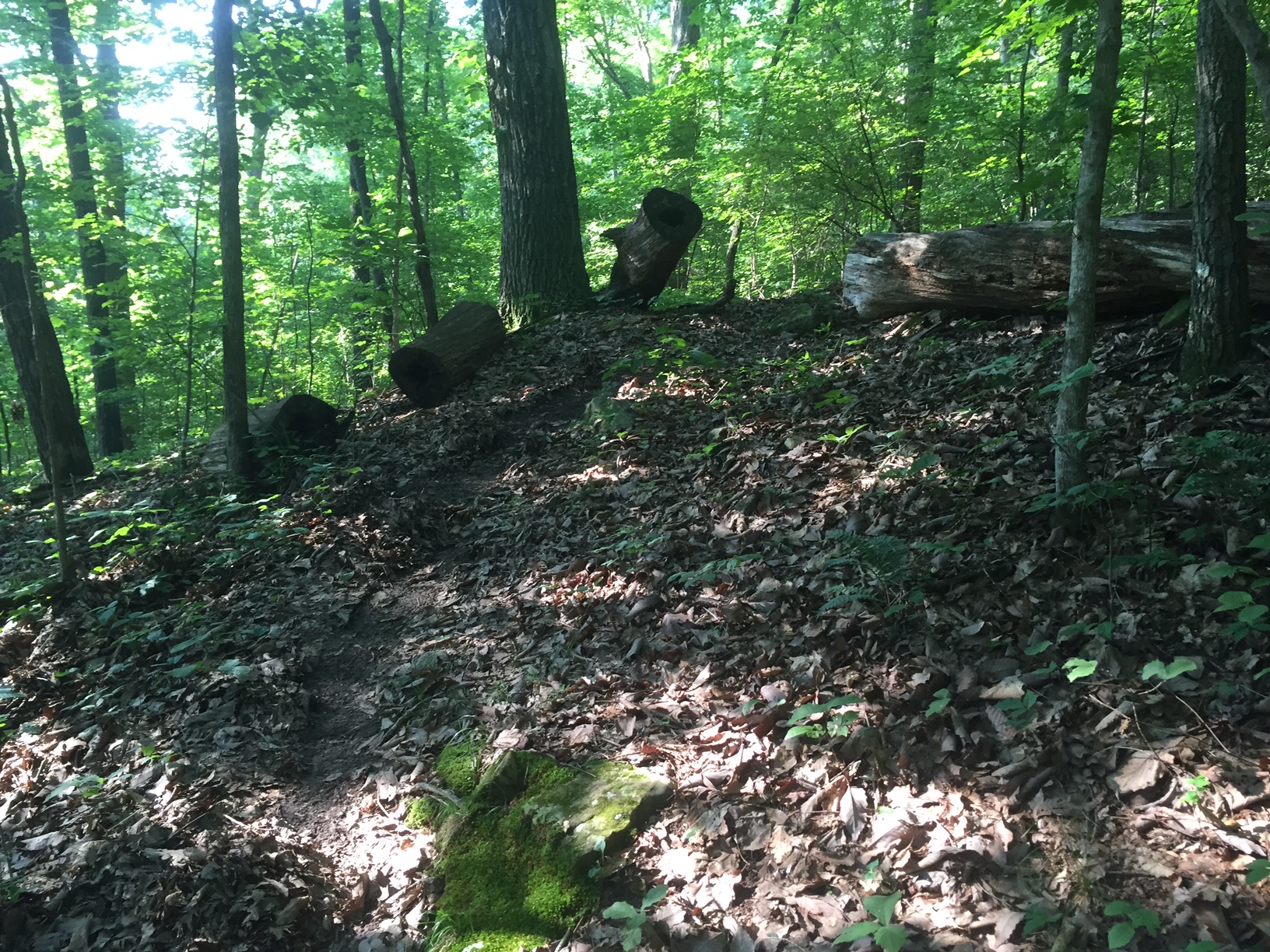 The Tale of Two Connectors - Flat Rock
Share This

The Flat Rock Trail is long, remote, lacks trail markers, and connects to very few trails. To add to that degree of difficulty, and confusion for that mater, two of the connecting trails share a name. The Flat Rock Connector.

I am always interested in how trails get their names. Sometimes its from the natural features they lead to like the Bog, Cold Spring, and Sinks Trails on Monte Sano. Sometimes they are named after people or Thomas and Friends characters like the Bostick and Shovelton Trails on Wade Mountain respectively. (Shovelton is not a part of the Thomas and Friends universe in any capacity) With the vast cornucopia of naming possibilities it would be surprising enough if just one trail had a lame name but two Flat Rock Connectors! Marshal Space Flight Center, we have a problem.

The Connectors have three things in common; they are relatively short, they connect a Monte Sano State Park trail to the Flat Rock Trail, and they are difficult trails. The Northern connector runs from the Logan Point Trail to Flat Rock Trail and is only 0.4 miles long and exits you on to the large flat limestone rock shockingly known as the Flat Rock. If you are coming from the Flat Rock trail the entrance is not easy to spot but is located near the northern most point of the rock.

This short trail rises up almost 300 feet in less than 1/2 a mile and almost every bit is filled with large rocks. If you are tackling it from the Logan Point trail the entrance is marked only by a sign stating that the trail is closed from October 1st - January 31st during hunting season.

Its about time we stop sitting on the sideline and do so something about this lame name. I am going to start a campaign right now to rename this trail the Brisk Trail. Coming to Kick Starter near you!

On official trail maps it is still know as the Flat Rock Connector but unlike its northern counterpart it at least has a cool nickname, K2. I wonder if bad blood from the War of Northern Aggression Civil War is why the southern version of a trail in Alabama would have a nickname and not the Northern one. I half expect the Duke Boys in their General Lee to come roaring down the trail every time run it.

K2 connects the Flat Rock Trail to the southern end of the Goat Trail. At 0.3 miles long it is a bit shorter than the Brisk Trail other Flat Rock Connector,  but climbs up almost 300 feet as well. It also features many switch backs, few small creek bed crossings, and is much less rocky than its counterpart.  Being a part of both the Viduta Stage Races and Mountain Mist 50K race course it is better maintained as well.