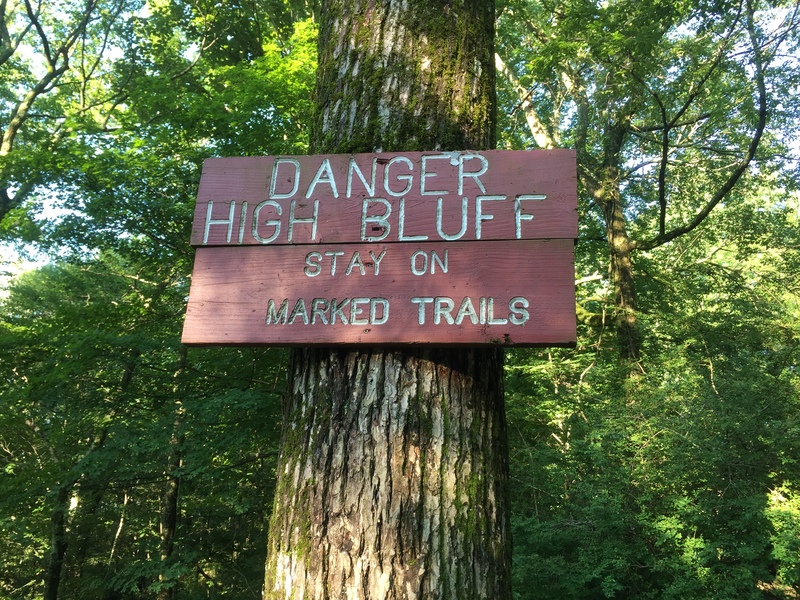 The McKay Hollow trail is named after a hollow, which by definition is a vee-shaped ravine which can also be known as a hollar.  The Mckay's were one of the early settlers of the area and for whom this geographic features is named after.

Starting at the North Plateau Loop the trail, which was originally built by the Civilian Conservation Corps, runs 2.2 down into McKay Hollow and then back up to the South Plateau Loop connecting with the Natural Well and Bucca trails respectively.

The McKay Hollow trail has two distinct sections each with the their own trail head.  The first section is known by local trail runners as Death Mile. Its trail head is located behind the pavilion which you can get to by taking your first right after entering the park on Nolen Avenue.  The other section, known as Rest Shelter because of rest shelter near its start, is located off of the South Plateau loop.

Death Mile is a bit of a misnomer since this section is less than a mile long and to my knowledge the only death associated with it is peoples wills that it has crushed during the McKay Hollow Madness Trail Race.  To truly appreciate its awesomeness you must attempt this section from bottom of the hollow at the intersection with the Natural Well Trail and work your way up to the North Plateau loop.  From there you gain over 500 feet of elevation from 1,043 to 1,563 feet in just 0.6 miles.  Along the way there isn't much running that can be done done but plenty of scrambling up and over rocks and root filled eroded single track trail.  Death mile finishes on a rocky and slippery creek bed with a great view of a waterfall to your right. 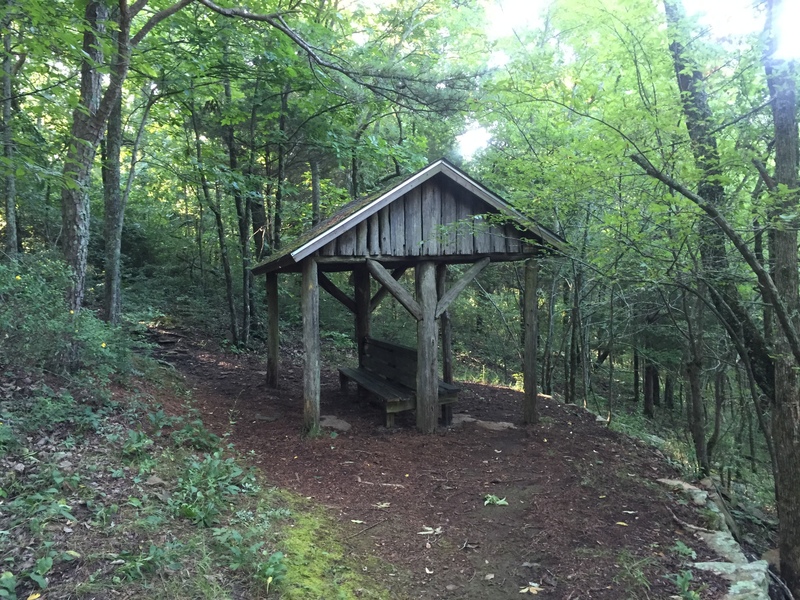 By comparison to Death Mile this section is much more dull not only by name but by the attributes of the trail but that isn't a fair assessment since by itself its a darn good trail.  Near the start of start of Rest Shelter section of the Mckay Hollow Trail off of the South Plateau Loop is the wooden rest shelter where this section gets its name.  For the first 3/4 of mile you descend the same 500 plus feet that you ascend on Death Mile intersecting with the Bucca trail along the way before an aggressive switch back at end of the descent.  From here till Death Mile everything opens up and is nice and flat.

Note: The entire trail is marked swaths of yellow paint on random trees and rocks so you don't get lost.